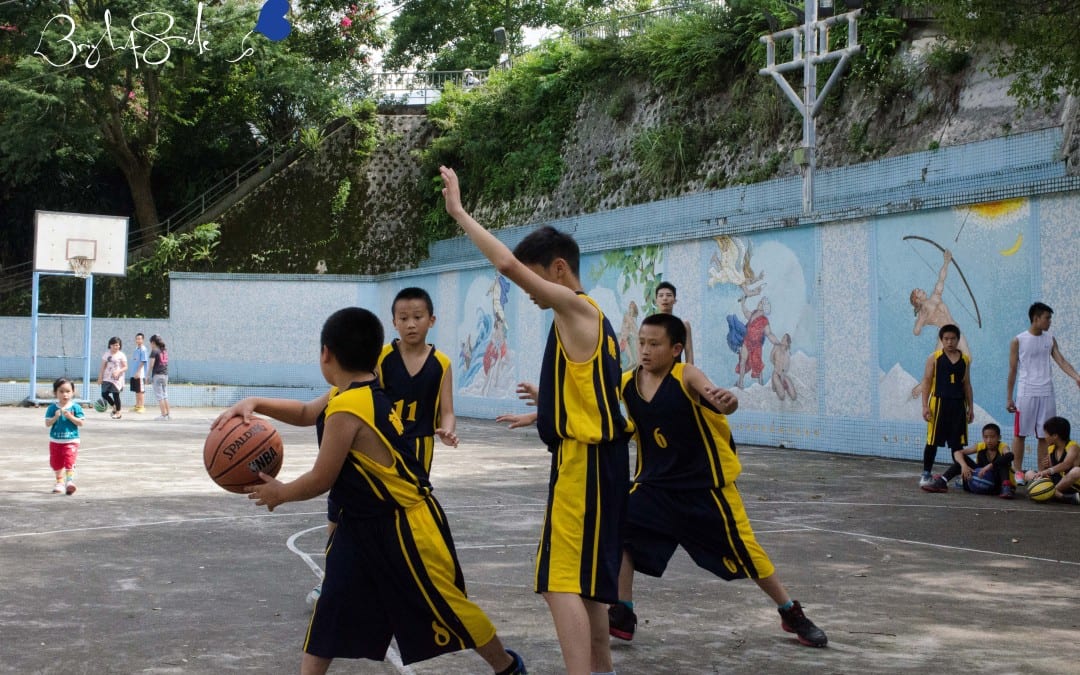 We’ve been trying to bring in different options and various forms of athletics so kids and all big kids can get involved. In May, we were lucky enough to have basketball coach Mohan Huang take a weekend off of competing and take his skills 2.5 hours outside of Taipei to meet some new, eager students.

Many of the kids I had seen before in our workshops, while there were some new faces. This was definitely drawing a crowd! Besides the core basketball team from TaoShan Elementary school, there were also many beginners who were interested in the game.

May Session One: Our first time here for the program and kids were in full uniform. What was suppose to be a 1.5 hour session turned into 3 hours, the kids not willing to let either Mohan or Golden leave! Vegan custard bread was served. Thanks to friends Sarah Milne, Harris Liu, Jon Burke, for joining in on the fun.

June Session Two: The basketball folks found shelter under the stadium to continue their practice even through the rain. We combined this day with our Body Movement workshop so had a huge turnout for the wonderful “early dinner” feast that was prepared. Golden assisted Mohan with the kids. James and JiaChi took some fantastic photos.

July Session Three: Several more volunteers rushed in! I had a great day with Mohan on one side and with some beginners on the others. Ricky and Adan quickly incorporated these kids in and I was so grateful. Usually the older kids hang onto Mohan so the younger and less experienced are left without someone to play/pass a ball to them. Thanks to Ricky Huang, Adan Wu, 阿萬, Rufen Cheng, Starry Cheng, Jeff Yang and SALADAY for their sponsorship of delicious sandwiches! We also had freshly juiced smoothies to cool down in the hot summer heat.

This was my first time to set up a volunteer workshop around a 2-3 hour basketball event so we faced a few challenges including on the type of food best suited for this. And how to get volunteers with no basketball training involved in having fun? Photographers also faced an extraordinary challenge since in-action shots proved for more difficult than the usual pace of workshops.

I hope to find a way to make the sessions more interactive for people who wish to come and meet the kids. We’re still “improving our game,” so to speak! I look forward to any comments or questions you might have. We’re having fun but we can always have more!